RSV causes a respiratory tract infection that affects 64 million people per year worldwide. It hospitalizes 3 million children under 5 years old and approximately 336,000 older adults annually (Lancet 2020). After decades of research, hope is on the horizon for a vaccine to prevent this devastating disease. Join Dr. Carlson for a conversation about RSV, this deadly virus. What causes RSV? What are the treatment options? How far out are we from a vaccine to make RSV a preventable disease?

RSV, or Respiratory Syncytial Virus is a killer. We have known about this virus and the disease it causes for many decades. After initial success with vaccines against smallpox and polio back in the 1950s and 60s, one of the next targets became RSV. Researchers have been trying for decades to develop a vaccine, with some notable failures.

In the late 1960s, a series of vaccine trials tested a vaccine made from inactivated RSV in children in the United States. Tragically, the shot did the opposite of what it was meant to do. Vaccine researchers soldiered on, but we’re targeting the wrong viral proteins — or the wrong forms of these proteins — for decades. Things changed completely when researchers began to understand the main viral protein, called: protein F.

Steven Varga, a viral immunologist who studies RSV at the University of Iowa in Iowa City, says that early vaccine was “the culmination of a perfect storm of events.” It evoked too few virus-blocking antibodies and simultaneously caused an overactive inflammatory response. Researchers now know more about the science of both RSV infection and vaccine development and there is no concern that the current crop of vaccine candidates could provoke a similar response.

Ever since the early vaccine trial in the 60s researchers have been searching for the RSV vaccine to prevent millions of hospitalizations and thousands of deaths annually. This story points out how difficult and complex vaccine development can be.

Fast forward to 2013 when Jason McLellan PhD, now at the University of Texas at Austin (named Texas Inventor of the Year in 2021) and his team discovered the structure of the key protein that RSV uses to invade human cells. Once that protein structure was understood, the race was on to find the vaccine. Now we have eight different candidate vaccines in different phases of clinical trials. Several of these vaccines are likely to prove not only safe but also effective.

My impression is that the FDA will probably approve the first RSV vaccine within the next three years. This will put a wonderful capstone on a nearly 60-year-old story. A capstone that will pay tribute to those subjects who volunteered to be part of this drug development story.

I share this story as a real-world example of the impressive work being conducted by brilliant drug developers to minimize disease and save lives. Join me on February 25 at 10 am for Virtual Coffee and Conversation for more about the causes of RSV, treatment options and an update on the vaccine development. Click here to register now. 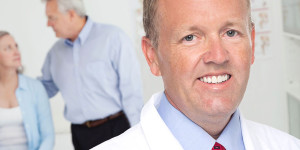 Dr. Carlson is a fellowship-trained, board-certified geriatrician with over 30 years of healthcare experience. 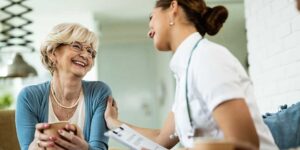 Concierge membership begins with a detailed review of your medical history and living environment. 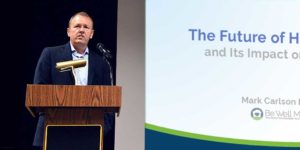 Do you need a presentation for your event? Dr. Carlson is a recognized speaker on many timely, health-related topics.

Your doctor. Your schedule. Your place.

Our doctors make house calls! The Be Well MD personal care team is available 24-hours a day, 7-days a week for in-home appointments to help you maintain independence and improve overall quality of life.

Find out why our concierge medical care for seniors is the best option for a happier and more independent life.
[More]

Be Well MD develops unique arrangements with families and senior communities to ensure the highest level of care.
[More]

Be Well MD has partnerships with other doctors and senior care services that help us extend services and provide more benefits for our members.
[More]